House B in the northern Provence doesn’t scream for attention, but blends in harmoniously with its surroundings. Not only was it built with traditional local materials, one half of it is also half-hidden within the hill on which it is set. As a result, the building appears much smaller from the outside than it actually is. The house has an L-shaped floor plan. One wing is housed beneath a pitched roof, under which you’ll find the combined living and dining room as well as the open kitchen. The room opens with large south-facing windows to a roofed terrace and a pool. From here the view reaches far into the hilly landscape.

The other wing of the house is built halfway into the sloped terrain and is visible from the outside only as a stone wall alongside the pool. With its green roof, it merges seamlessly with the surrounding environment. This section contains four bedrooms with windows directed down the slope. In contrast to the extroverted living area, the sleeping area provides for a more intimate atmosphere. And, since the rooms are semi-underground, they also offer comfortable temperatures in the summer heat. 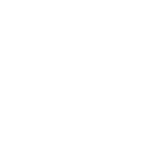